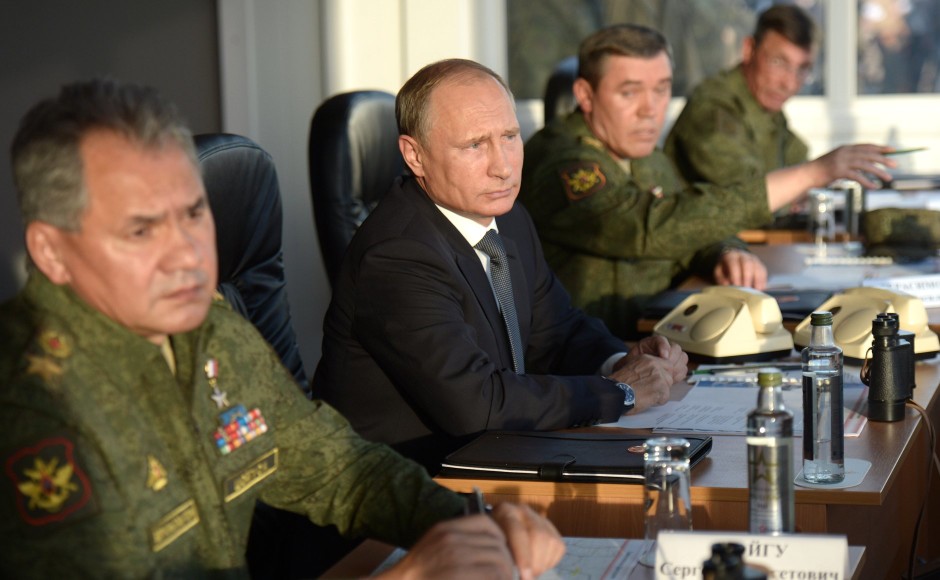 “Chest-thumping” could lead to American or Russian button-bumping

It’s not difficult to understand how the United States and the Russian Federation having missiles preprogrammed to strike each other works as a nuclear deterrent. Mutually-assured annihilation discourages both superpowers from using any nuclear weapons at all. However, it is also not difficult to understand the human species’ long history in somehow allowing or causing the unthinkable, the “impossible,” to actually occur.

How in heaven’s name could the “unsinkable” Titanic, sink on its maiden voyage! We all stood aghast as jet airliners owned by American carriers and lifting off from U.S. soil crash into, not one, but both World Trade Center skyscrapers in Manhattan, as another crashed into the Pentagon, and yet another was likely aimed at destroying the White House? In any endeavor where humans are involved, error – even ultimate error – is a real possibility.

In an April 2016 Tampa Tribune op-ed piece, the author analyzes possibilities for widespread nuclear disaster in the context of the current presidential candidates, their personalities and dispositions, and how they might combine with those of Russian President Vladimir Putin.

The Cold War type of analysis may seem outdated, but is it? Today, the U.S. and Russia each has around 1,700 missiles with nuclear warheads “pointed” at the other country. One need only look back in history as far as the 1960s and the Cuban Missile Crisis to see how quickly actions and rhetoric can escalate, putting the world on the brink of nuclear catastrophe.

The Tribune piece rightly asks the reader to think about how each candidate for the U.S. presidency might react in a crisis such as the nation experienced with Khrushchev and the U.S.S.R. The author also notes, importantly, that the “flight time” of a Russian missile over the North Pole and into U.S. airspace is now under 30 minutes – “hardly enough time to consult congress,” says the author.

It’s a reminder to think of the big picture, as we’re inundated daily with tabloid-style headlines related to relative minutiae of the presidential election. More than ever, we need to keep our eye on the ball – on matters of our survival, the preservation of our planet, and our ways of life.

My upcoming novel, ULTIMATE ERROR, is about exactly those things. The acknowledgment that, as citizens of the world, we tiptoe near irreversible ruin daily. The fact that we are in an information age is double-edged. It calls us, once again, to make responsible choices. Should we allow ourselves to be constantly distracted by our media choices, or should we tune in and educate ourselves, especially in the sciences?

There is no blinking at the fact that the stakes are higher than ever. The tolls that climate change has already begun to take; the instability in so many nations; an America that finds its dignity injured and is angry about that; chest-thumpers, as the Tribune author calls them, like Putin, Cruz, and Trump. It’s time to make careful choices because, as the stakes grow, the world grows ever closer to committing the ULTIMATE ERROR.