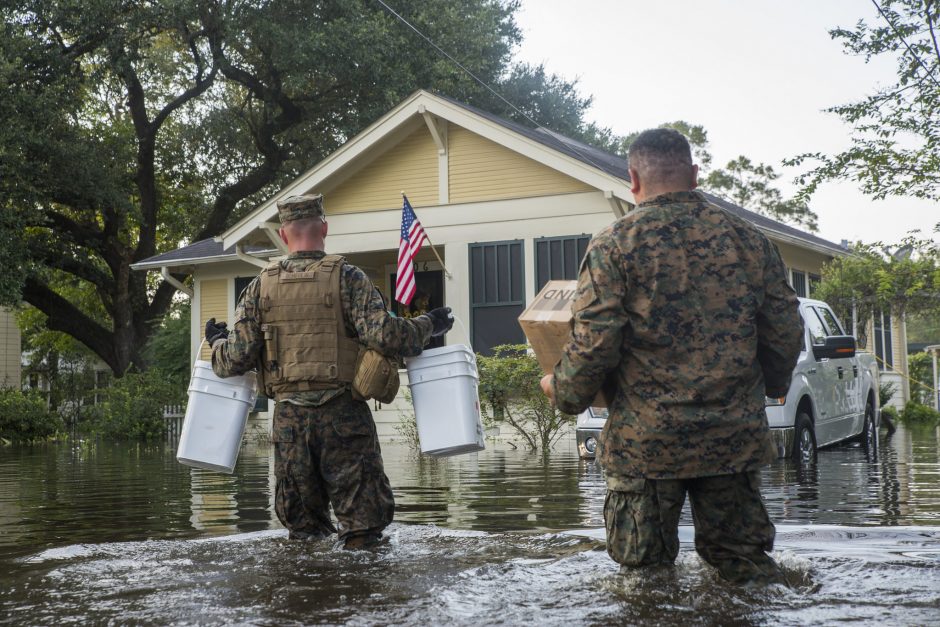 Imagine you’re the current governor of Florida. You’ve gone on record many times stating that climate change (global warming) is fake. (Notice that the more recent crop of politicians labels anything they don’t like “fake.” Fake news, fake global warming, etc.) Now, the strongest hurricane ever measured is bearing down on the state. Also, a few days ago, the wettest hurricane ever measured flooded large swaths of Texas.

That’s the thing about lies. They become webs of lies easily. So, the governor of Florida had two choices: to reveal himself as a lying climate change denier or to continue lying. We all know which one he chose, because the other popular trend in 21st Century politics is polar lying (if you’ll forgive the unintended, global-warming pun).

Administrations with fake motives, for example, will say that the reporting on those motives is fake news. The fossil fuels that exacerbated hurricanes Harvey and Irma are actually the heroes of the disasters, the governor of Florida implied a dozen times last week. “If you tell a big enough lie and tell it frequently enough, it will be believed,” said Adolf Hitler.

So, we ought not be bewildered about why a corrupt state governor—during a hurricane— praises and promotes pollutants that warm the atmosphere and worsen hurricanes. It’s simply the polar lying of which Hitler was so fond.

And while we’re pointing out the elephants in the room, yes, individuals such as the ones I’m describing, clearly by their actions, possess pathologies and dangerous ones at that. Of course, the brain illnesses of Germany’s murderous chancellor are by now well-documented. Those of the current president of the United States are less known due to his own personal efforts at obfuscating his medical history.

Politicians in lower offices are afflicted, too, mostly with various incarnations of psychopathic narcissism. One might say, “Well if that’s true, what can possibly be done about it?” Well, we ought to remember from where the real power in this country is supposed to come: the people. It is our responsibility as U.S. citizens to make sure our elected officials are not diagnosable with pathological narcissism or any other brain disease that can affect their judgment, values, and priorities.

Meanwhile, let’s look at the true and real evidence that proves global warming is real and that selling gasoline ought not be a governor’s top priority during a hurricane. Harvey caused record flooding. Irma caused record flooding. All-time records. South Asia has suffered horrific inundations this year. Five died in floods in Italy recently. Record heat, record storms, record flooding, and people drowning all over the world like never before. Our government wants our response to be, “Look at the heroes during these terrible acts of God!” So that we forget to look at the villains.

My upcoming novel, ULTIMATE ERROR, is about corruption so massive in the United States, that it’s difficult for most people to see. We’re in the dark, standing an inch or two away from a tremendous pachyderm. We can’t see what it is, but we can definitely smell something.