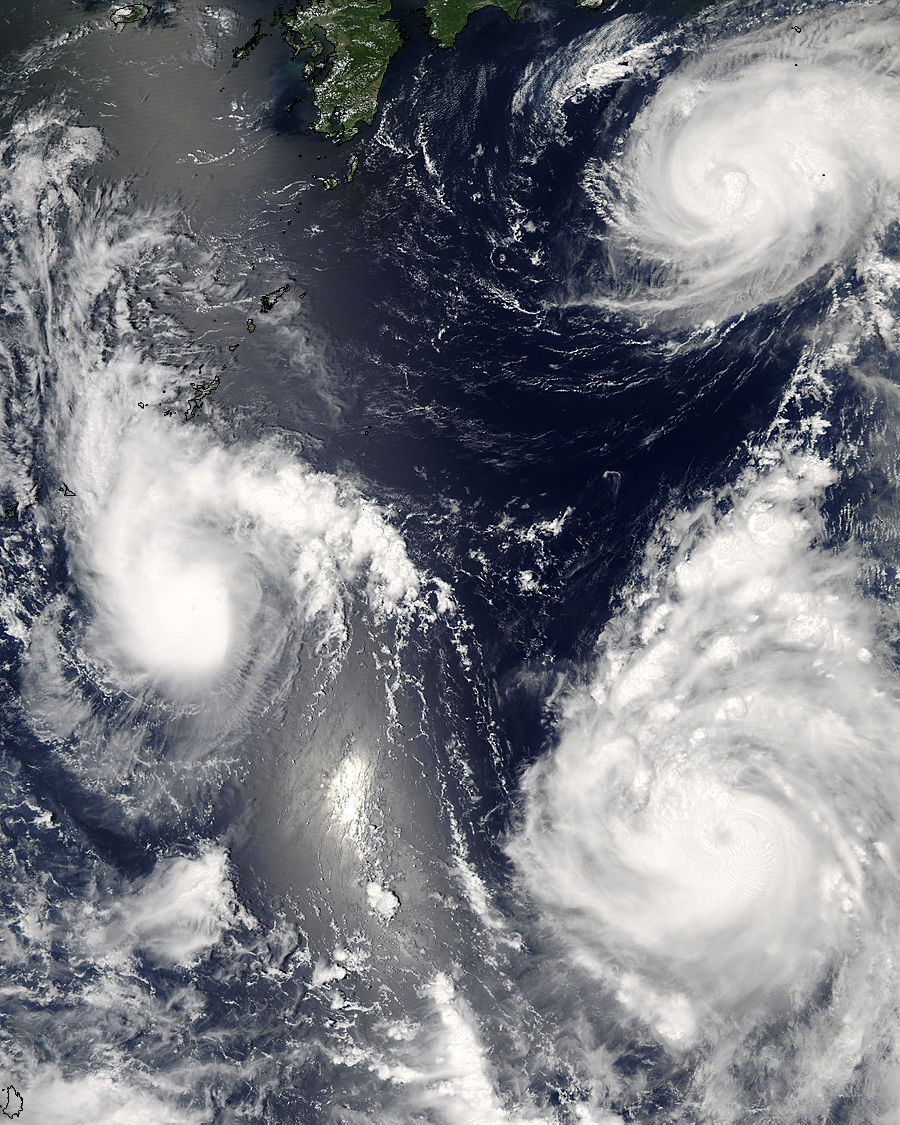 One need only look at the record books to find the most dangerous era: today

Nine “Intensity” categories. Six different all-time records for intensity were set between 2006 and 2016. Hurricanes and typhoons have intensified over the past decade. That is a plain fact.

The record for longest duration of Category 4 or 5 winds was set by Hurricane/Typhoon Ioke (2006), at a whopping 8.25 days. That’s well over a week of sustained winds of at least 130 mph and up to 160 mph. Hurricanes and typhoons are staying stronger longer. That is a plain fact.

And all these all-time records I’ve listed don’t include two of the most devastating aspects of tropical cyclones: flooding and storm surge. By now, we’ve all seen some of the pictures and video on the news. When on Earth has it ever been so bad? Hardly ever.

The numbers above also don’t include catastrophic weather events outside the umbrella (if you will) of hurricanes and typhoons. Wildfires… major flooding from other storms… drought… you name it. If it can be caused or intensified by a warming climate it’s happening right now somewhere in the world.

Then there’s the heat itself. Think about Africa in the summer. Hot. Well, in July 2018, a town in Algeria recorded the highest temperature ever reliably measured in all of Africa. A mind-boggling 124.3 degrees Fahrenheit! Closer to home (for most of us), each summer has been hotter than the previous one since 2000, and we’re approaching the all-time record for hottest summer, set in the Dust Bowl days. The Dust Bowl…

Somehow we remain numb to the facts. Brainwashed by the fossil-fuel behemoth that daily insists everything’s fine the way it is. And that they’re pouring so much money and resources into alternative fuels. They tell each person what they want to hear, while emphasizing (at the end) that Exxon is good. BP is good. Chevron is good. What are the names on the gas stations that sell only gasoline and diesel? No coincidence.

Murray Energy and other coal giants use the poor as their marketing centerpiece. “Affordable energy for Americans” is what they say about their dirty, poisonous, toxic, greenhouse-gas-producing, mercury-and-arsenic-producing product. It’s perfectly filthy, but it makes a lot of money for a few people. At this point, it could be our national motto.

My upcoming novel, ULTIMATE ERROR, is about the willful ignorance of the facts on climate change. The hundreds of thousands of people who have lost their homes and all their Earthly possessions in the West and Southwest are probably open to hearing more about global warming. The horrifically flooded out in Louisiana, North Carolina, and Texas might be willing to learn more. And it’s only a matter of time…