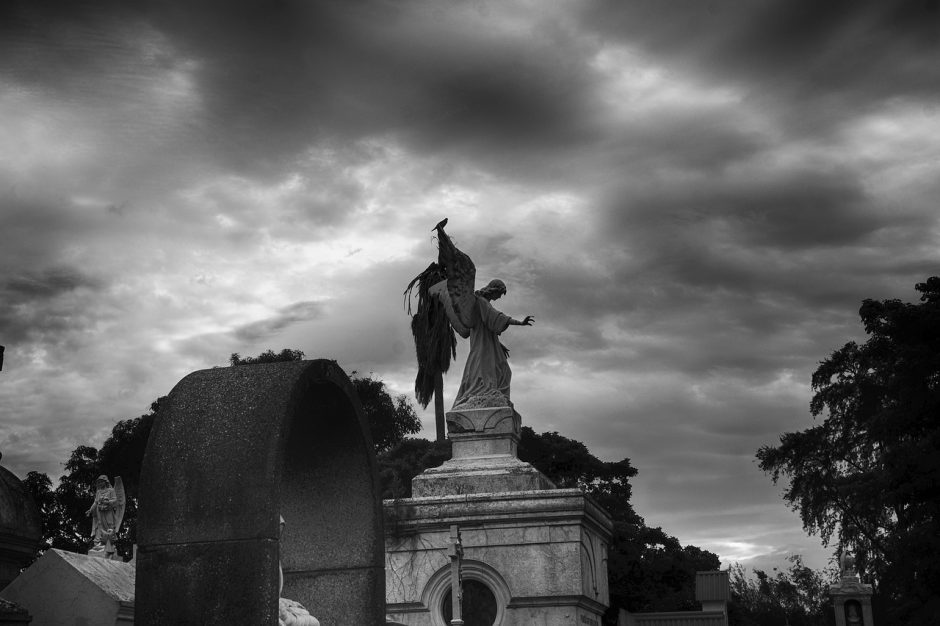 As ye sow, so shall ye reap.

–Epistle to the Galatians (6)

It crept, never pausing, and we knew it would catch up with us sooner or later. Each time—doing our best, we hoped—we put the nozzle into the fuel hole and sprayed our tanks with combustible, we locked into an infernal, metal, petrochemical coitus that would cause the birth of an Earth-sized anthracite of death. This was instead of bouncing, crying, newborn babies. The ash and slack and char and black came in exchange for Earth.

Look at all the pregnant, metal mothers on the highway! Each with a developing infant Death in its warm womb. The mothers exhaust the noxious children and, as gases they float angelic to the heavens. The Death children then huddle closely, so to choke and suffocate and burn so-called Mother Earth. The real mothers now are the ones of the heavenly broods. If Earth does yet claim motherhood, let her show us her internal combustion engine.

Where mankind was given life, it wrought death. Just as we have failed to grasp the infinite beauty and sumptuous peace possible in life on Earth, so have we failed to predict that the consequence of avarice is self-annihilation of the species, the process of which I have already described.

More specifically, men (mostly men), some of them with full knowledge of what they were doing, continued drilling for, mining for, refining, shipping, pumping, of course selling, and of course burning fossil fuels decades after all of it became deadly. We can proudly say that we were too stupid to know any better in the early days of coal and oil, but those blissfully ignorant days are long gone. They were long gone 50 years ago.

Say hello to Hurricane Maria. Earlier today, it razed the Puerto Rican capital of San Juan beyond recognition. Hurricane Irma did the same to Barbuda last week. Hurricane Harvey did the same to Houston the week before that. These storms are heavier and wetter than the run-of-the-mill hurricanes of yore. Hundreds are drowned and dead. Thousands wounded. Millions homeless.

We extracted the rotted black remains of extinct animals from deep inside the earth. Brought the toxic blobs and dirty slate above ground and burned them ritualistically at the insistence of profiteers (the fathers of Death). The burning made gases that just might make us extinct, too. What could be more appropriate?

My upcoming novel, ULTIMATE ERROR, is about unintended consequences. It’s also about predictable and known consequences that were conveniently ignored. Have we been guided by the wonder of Earth, the beauty of God, and the majesty of nature? For most who have negligently harmed—and might eventually destroy—the planet, no. Financial wealth, of all things! So petty, in the grand scheme.