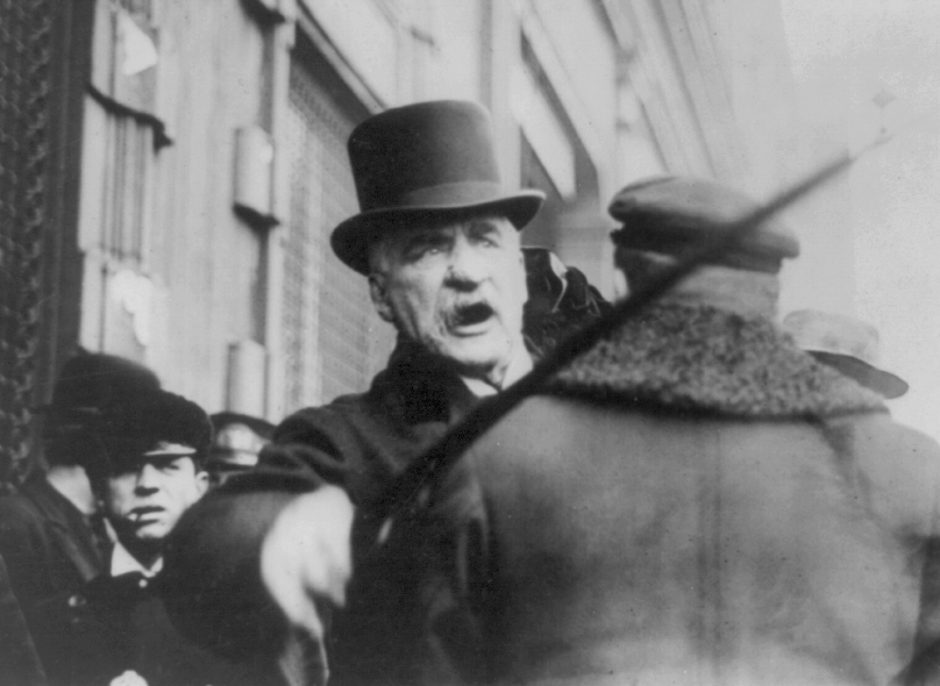 Isn’t it fascinating how scientific advancements play out in the U.S. economy? On the one hand, robotic production lines are installed in factories, and human workers are immediately displaced. The process of reducing labor is unapologetic, and where the workers go afterward is left nearly entirely up to them. On the other hand, as solar and wind technologies get better and better daily—and the global warming crisis accelerates—fossil fuel interests are not replaced, and the captains thereof appear willing and able to fabricate all manner of tales for the public in order to assist their continued business as usual.

Just listen to the CEO of Murray Energy (if you can take the PR spin for more than a minute) when he spoke to CNBC. Where is the list of these “4,000 scientists” who tell Murray that climate change is a hoax? That’s a question that may never be answered. And that’s the case with most misinformation in 2017. You’re supposed to swallow it, no questions asked, and move on to the next bit.

I see this as one of the primary factors in humankind’s self-endangerment: the growing tendency to take tiny bits of information, regardless of quality, gluing them together, and patting ourselves on the back. “We’re informed!”

How many of us really take the time to read longer, well-sourced articles? Well, you’re reading this now, so that bodes well for you, somewhat! What about something like this? An article that clearly sticks close to the scientifically verifiable and tells us where its information comes from. (Are you listening, Mr. Murray?)

Ask any scientist not on the payroll of a fossil fuel company, and they’ll tell you the topic of the article above, “Hot spots of marine biodiversity,” is of the utmost importance. Meaning, bar none. The seas are the cradle of life on Earth. Biodiversity in them is essential to their well-being and, thus, ours. What could be more important? Yet, when as the last time you heard a discussion—anywhere—about these hot spots or even marine biodiversity in general?

What we do hear constantly are the denials born of immoral profiteering. The fossil fuel industry foments debate where responsible, reliable scientists say there is no debate. Make no mistake: in most cases, the truth and the facts are known by those who put money above all else. That’s why some oil , gas, and coal companies also go as far as denying what they themselves have said. In a 1991 informational film, Shell Oil clearly and lucidly describes global warming and even warns of its dangers! The discovery of evidence of this two-faced con job can only be seen as a gift to the protectors of life.

My upcoming novel, ULTIMATE ERROR, is about human foibles in the face of existential threats. Every day, we fail to rise to the emergency calls of the Earth. Will humankind’s growing ignorance and distraction lead to the ULTIMATE failure?