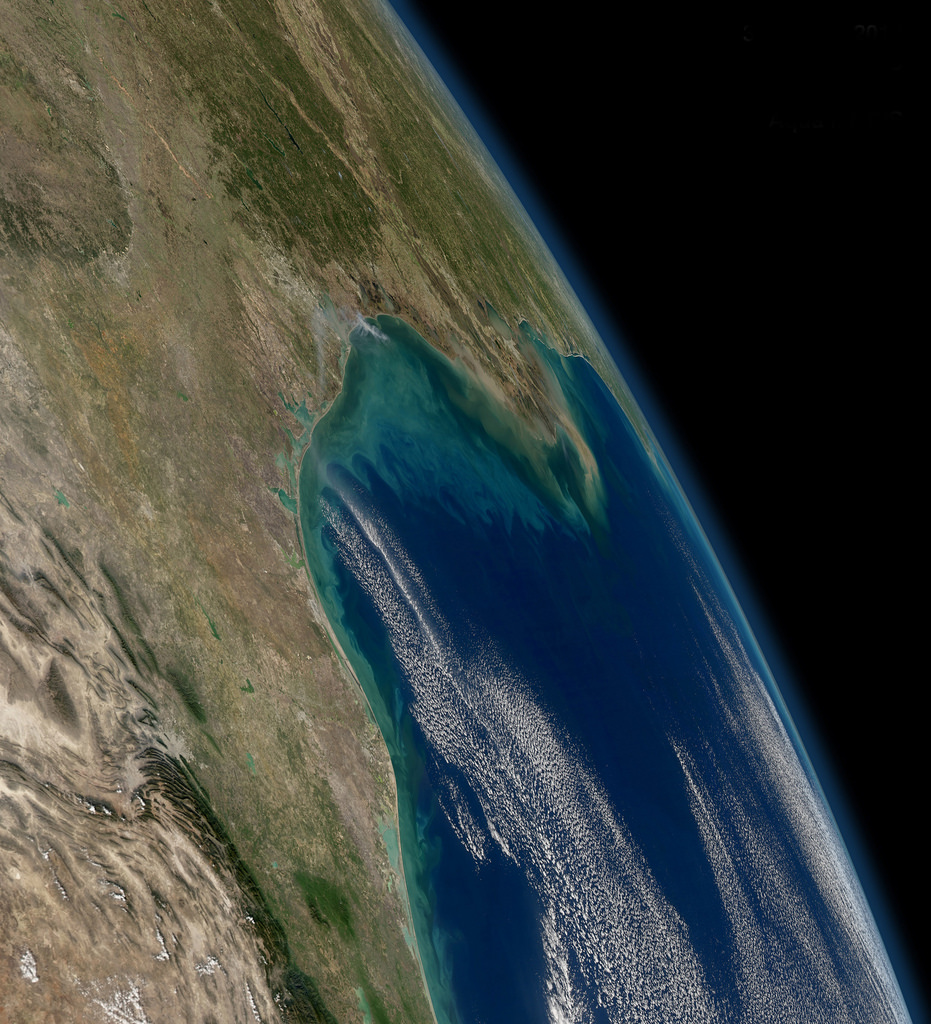 Unlike crude oil, what actually does belong in that great gulf?

I’ve written often, here in my ULTIMATE ERROR blog, about catastrophic oil spills like “Deepwater Horizon” in the Gulf of Mexico. We know what happened there and the costs in dollars and cents. But what exactly is in there, in the Gulf of Mexico, besides spilled petroleum, chemical dispersants, and the tar balls created by the combination of the two?

Every class of microflora, meioflora, macroflora (visible to the eye), microfauna, meiofauna, macrofauna, and megafauna (crabs, sea pens, fish, cetaceans, and more) including endangered species, live in the Gulf of Mexico. Even Bryde’s whales within the gulf have now been deemed an endemic, unique subspecies, making them one of the most endangered whales in the world. The Gulf of Mexico yields more finfish, shrimp, and shellfish annually than any other comparably-sized body of water in the Western Hemisphere.

The gulf, then, is a rich and unique biome essential to stable marine ecosystems and their neighboring land masses, including the conterminous United States. So, since 1938 when the first offshore oil rig was built in the Gulf of Mexico, what has happened is a psychological normalization of inserting heavy industry into the delicate ecosystems of the area. You can almost hear the men stricken with black-gold fever answering any doubters with, “Why, the fish are smart enough to get out of our way!” There’s an ever-attendant hubris in the oil industry. Maybe those in it are too close to it notice. Maybe they’re too close to it to care.

The oil tycoons then thought little of the crucial food chain in those waters, for example. Algae, plankton, krill, young oyster, dwarf octopus, young tuna, barracuda, frigate bird. A break at just one link in the chain, and all Gulf-sourced food for humans disappears. The entire biome is thrown into crisis. Yet, we explore and drill, explode and spill toxic crude oil that was never meant to enter those waters. Perhaps never meant to be disturbed from its deep-seated veins.

But here’s some good news: According to the Associated Press, the Smithsonian Institution’s Gulf of Mexico project will provide an important baseline of understanding for future scientific studies on the impact of the Deepwater Horizon and other oil spills. Samples were collected for many years by the Bureau of Ocean Energy Management, Regulation, and Enforcement (BOEMRE) to help assess the risks of future oil/ gas explorations. The specimens have been placed in the collections of the National Museum of Natural History since 1979.

Someone, at least, thought to mind the irreplaceable.

My upcoming novel, ULTIMATE ERROR, is about natural connections and the man-made threats they face. In a catastrophe, the life-giving connections don’t vanish. They reverse. If by now we don’t acknowledge the connectedness of all life, what future can we expect? What future do we deserve? Even when we take for granted the lives of microscopic organisms, we do so at our own peril.