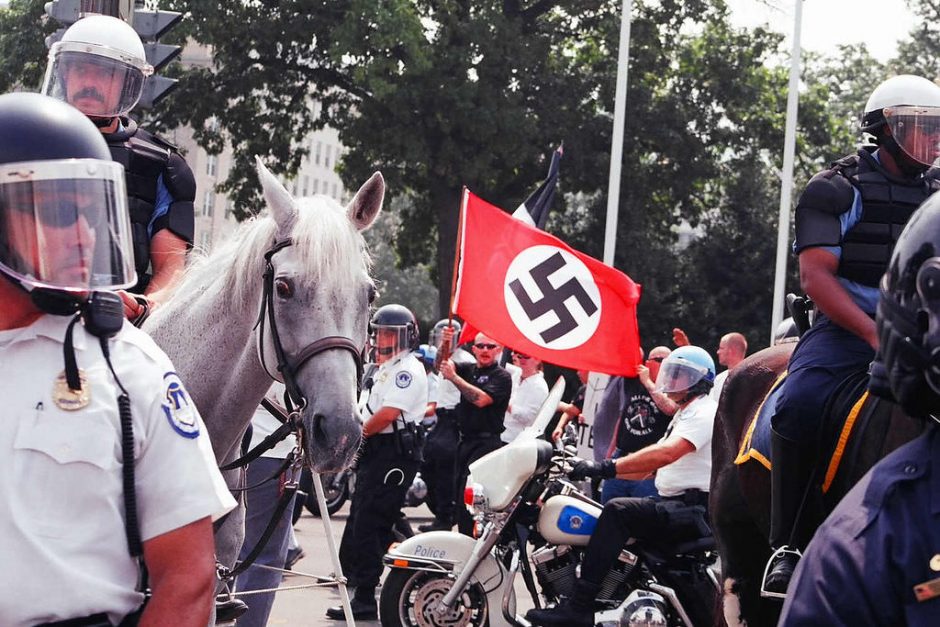 By ignorance or strategy, the commander-in-chief is dividing us further

In his varied, sundry, and suspect statements following the disastrous, murderous White supremacist rally in Charlottesville, Virginia last week, the president of the United States of America demonstrated a cynical and dastardly tactic at which he’s quite adept. That is, he walks his words back slowly and sandwiches what his critics want to hear between statements that betray his primary goal. In this case, that would be avoiding—at nearly any cost—alienating the extremist elements that support his presidency.

His reasoning can be easily pinpointed: A pathologically narcissistic person (who now happens to be the president of the United States) cannot tolerate a disapproval rating of 66 percent! He wonders how high that number could go if he said something that his racist and classist supporters didn’t like. The thought is torturous to the man. 75 percent? 85?! Simply cannot be allowed to happen, he feels.

That is why he’s appeasing Nazis, racists, and White supremacists. He wants them. After all, there’s a five-letter word that describes what this president is all about, his whole motivation in life, public and private (and it’s not “US of A”).

Let’s take a closer look, then, at his misdirection technique:

The president’s comments on August 15th clearly illustrate the last two portions of the above manipulation scheme: “The following day,” said the president, “it looked like they had some rough, bad people, neo-Nazis, white nationalists, whatever you want to call them. You had a lot of people in that group that were there to innocently protest and very legally protest. I don’t know if you know, they had a permit. The other group didn’t have a permit.

While (almost) calling the Nazis by name—in the very same breath—he asserts that some of them were there to “innocently protest.” Thus, he pardons any and all behaviors of the hate groups by characterizing them as “innocent protestors.” The signal it sends to the violent factions is as dangerous as can be. He fails to mention that no authority required a permit of the counter-protestors. The site in question is a public park.

And take the president’s own word that he seeks to divide and conquer the nation. What president–person– in his right mind would say, “There are two sides to the country”?

My upcoming novel, ULTIMATE ERROR, is about the fine line between American productivity and catastrophe.