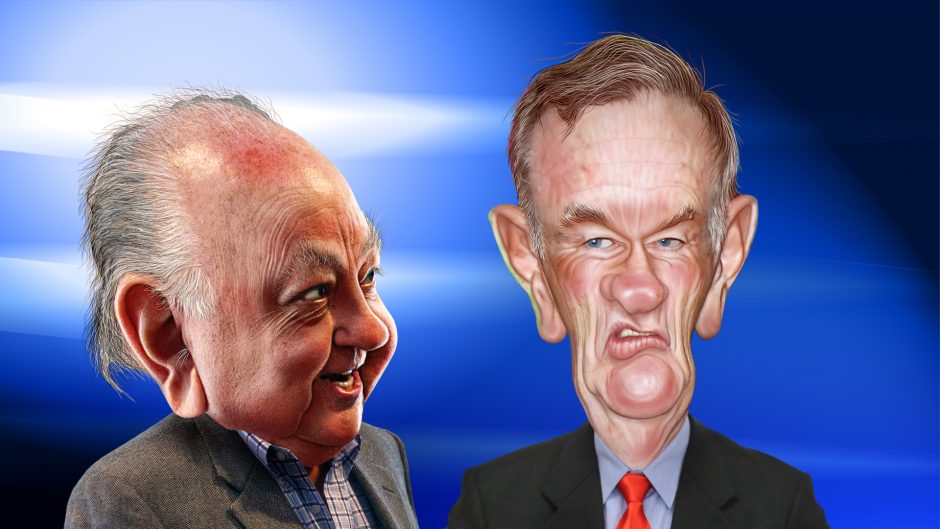 By now, there’s no refuting it: Large swaths of the United States took to Fox News like a fish to water. Americans had been primed for it by the first Gulf War, with its images of Kuwaiti oil field fires (How dare they burn all that perfectly good petroleum!?) and 24/7 coverage on CNN.

But then, a Democrat was elected president of the United States, and the liberal leaning CNN’s happy-go-lucky tone didn’t sit quite right with viewers who were more pro-war than average. Only a couple of years later, media mogul Rupert Murdoch allied with conservative TV man Roger Ailes. The rest, as they say, is “fake news” history.

In fact, what people took to right away—and remains a cornerstone of the Fox News “style”—is that it’s just fake enough to be widely accepted by the channel’s demographic. You’re a disgruntled conservative, you want your values affirmed, and you want to see liberals cast in unfavorable light: one-stop shopping at Fox News.

Responsible reporting and quality journalism were never an emphasis. They told the people what they wanted to hear and gently promoted specific agendas to the receptive audience. The audience that believes ketchup should be a prohibited item for food assistance recipients, yet insists it counts as a vegetable in inner-city schools.

From this, grew an efficient and effective propaganda machine unmatched since the U.S. left Vietnam. Fox News under Ailes rarely roused its viewers to action, but rather kept them on a slow simmer day after day after day. Thus, they created voters of a certain type, not to mention the sitting president of the United States of America.

I’m genuinely surprised that the word “propaganda” itself, denoting such a crucial and insidious part of communication historically, seems to be falling out of fashion. It seems only the current “Summer of ‘69” types, clinging to their old, trusty rhetoric, still use it in reference to something like Fox News. A quick check on Google’s “Ngram” tool shows that the word is indeed in something like a freefall in use.

The more skeptical among us, of course, believe that may be no accident. Those who rely on it know the power of the word against their efforts. So, strategic psychological projection is now rampant, as propagandists decry “fake news” and “dishonest media.”

They use our own “good-guy/bad guy,” false binary against us. If news is fake, then it’s the news that’s fake, not the person calling it such. We always want to know who the good guy is and who the bad guy is. It makes life a whole lot easier. But, it also makes life a whole lot worse. The brilliance of Fox News was in donning the white hat and never looking back.

My upcoming novel, ULTIMATE ERROR, is about fact versus fiction. The average citizen’s discernment between the two makes the difference between democracy and dictatorship, creativity and catastrophe.