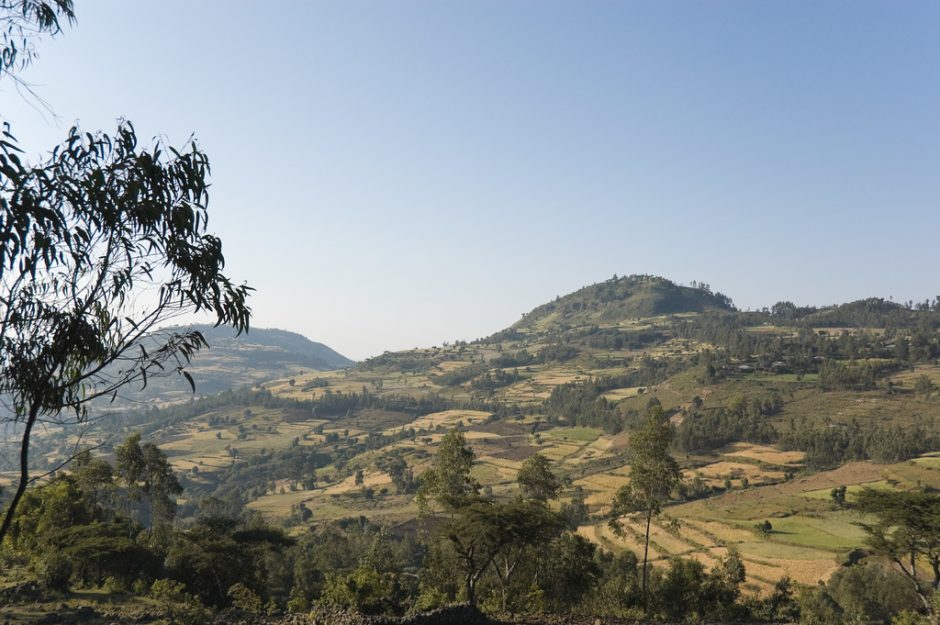 On days when conditions—water, nourishment, heat, lions—permitted, the woman, her mate, and the boy would gather great bunches of the fragrant plant known as “parfum d’Ethiopia.” Artemisia arborescens was a most useful tool in the survival of this “family.” You see, it provided cover. More specifically, it provided reliable cover for the entrance of the small cave they had discovered—“by the grace of God”—at the foothills of the Simien mountains.

When the opportunities arose (it was all about opportunities), they’d escape to the cave and rest, mostly. It was the wormwood fronds at the front of the cave that gave them unparalleled peace of mind. As much as could be had under the circumstances, anyway. Yes, the lions were starving, too, but they could not quite overcome their instinct for seeing and identifying weak prey. The only way the cats could possibly find the hidden family would be by scent, and the pungent perfume of the plants adequately disguised that.

They had harvested the wormwood earlier today, and in their moment of strength and opportunity they retreated to the safety of their cave. On the soft, cool dirt, the boy fell asleep sandwiched between the woman and her mate. They, too, took slumber after a quarter hour.

The boy dreamed one of those flying dreams. He glided high above the savanna, turning and diving as his heart desired. There was a brisk coolness at his altitude, and he noticed that he felt neither thirst nor hunger. Danger? He was above it all. Such was the paradise of the boy’s dreams.

Three hours later, the adult male’s inner ear was tickled by a light percussive sound from something outside the entrance. He stirred, and by the time the boy and the woman awoke, the plip-plop of raindrops against rocks gave way to the steady rasp of a shower. “Rain!” said the boy, and they all knew what was next. They had to collect as much of it as possible. The droughted savanna would surely punish them if they were derelict in their duties to themselves.

They had collected dozens of vessels, large and small, to contain the precious rainwater on the rare occasions it made itself available. These they stored at the back of the cave. Their timing had been good today. They had only to make an array of vessels just outside the cave entrance and retrieve them when they estimated they were all full.

The boy and the woman were more efficient in the task at hand, while the adult male stood lookout for predators. With two ceramic bowls tucked under one arm, the boy parted the wormwood fronds. When his eyes adjusted to the light, the boy fell backward and into a sitting position. The woman peered out and found herself eye-to-eye with a non-human. From the entrance came a roar that shook their bones.

My brand new novel, ULTIMATE ERROR, is about humankind’s instincts for survival and the myriad ways it can be tested.