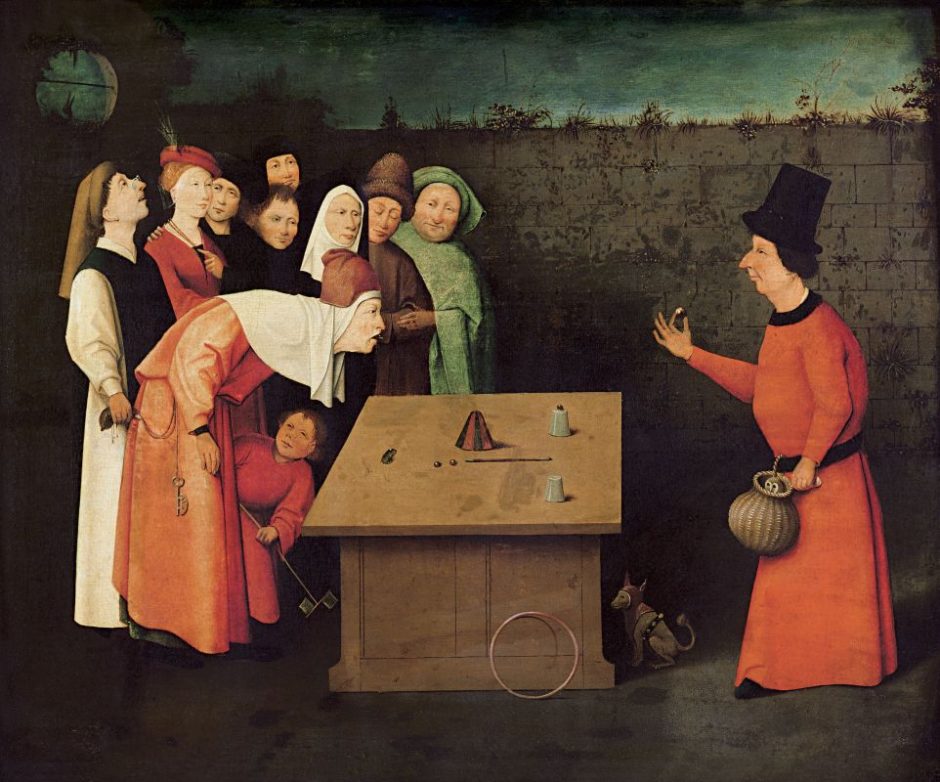 “[Global warming] is probably the most likely thing that is going to happen… that will cripple the security environment, probably more likely than the other scenarios we all often talk about.’’

Television journalists engorged broadcasts today with “news” of another North Korean missile test. They seem content to pass along any and all propaganda dished out by the White House, and this administration’s brand loves nothing more than cartoonish heroes and villains. This is why the U.S. president cherishes (not loathes) Kim Jong-un.

The phantom enemy is the oldest trick in the politician’s handbook, and the president uses it with an excited gluttony: Mexican criminals, Muslim travelers, the equally-narcissistic Kim, and even Black NFL players. All favorite distractions of a determined psychopathic kleptocrat.

At its most basic, our executive branch (and much of our legislative branch) plies a one-two punch that’s also as old as the hills—pickpocketing. Distract and steal. That’s really all there is to it. It’s pickpocketing, but on the scale of international conglomerates and mafias pretending to be national governments.

One guess as to who the victims are. Of course, it’s taxpayers. As vigilant citizens, we ought to always recognize that a few billionaires do exist who—despite their immense wealth, crazy or not—deeply desire all the money.

It’s pathological. Think of the odd child who gathers all the preschool toys and, sadly, wishes not to share a single one with anyone. They exist. Perhaps when they grow up they, too, will passionately, insidiously seek power and money, merely for the sake of accumulation.

In this context, the North Korean missile “crisis” as a threat to the U.S. is laughable. That’s why United States Admiral Samuel J. Locklear, then-commander of the entire military in the area, said in 2013 that our greatest security threat is global warming.

How often do we hear the president echoing that conclusion, from the commander of the Pacific Command, in charge of protecting the U.S. from any and all threats including North Korean ones? Maybe when it’s time to sell billions in solar radiation management products to American taxpayers, then we’ll hear something from the White House about global warming.

Meanwhile, the propaganda artists paint Old West scenarios depicting the president and Kim, hands hovering over their sixguns, squared off in an “ain’t enough room in town for the both of us” duel. There may be room for both after all. Just not in the highest offices in government, bullying people struggling with staggering economic inequality. I hear they’re fond of prisons…

My upcoming novel, ULTIMATE ERROR, is about the distribution of critical resources after a major U.S. catastrophe. FEMA, the National Guard, the Department of Homeland Security—all are funded by our tax dollars. Shouldn’t we know where the money’s going. And shouldn’t we know even better if it’s coming?