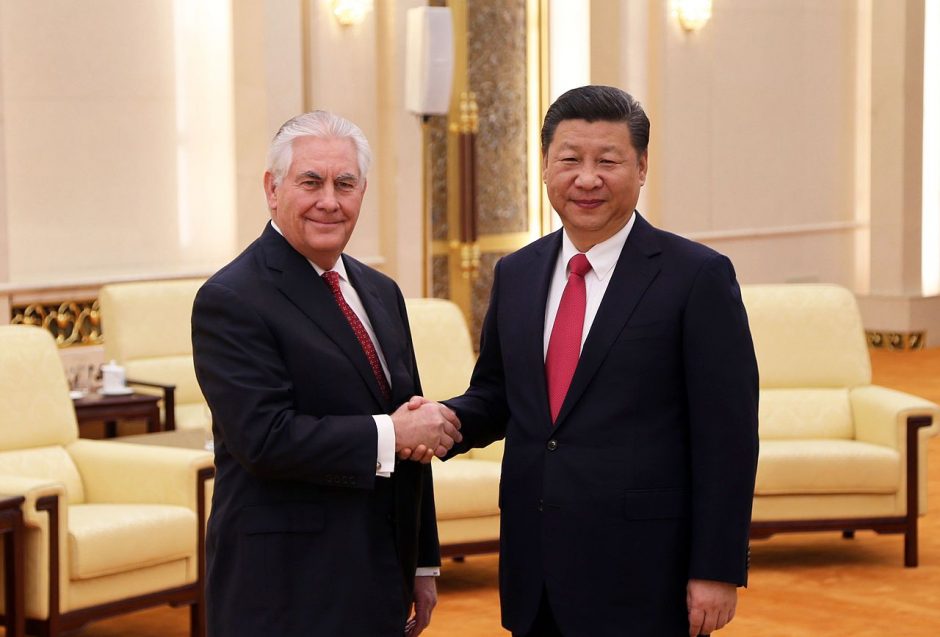 While North Korea continues to develop its nuclear weapons program, the United States and China are engaging in a sort of on-again off-again courtship. Last week, the president of the U.S. tweeted that China’s efforts to sway their Asian neighbor had failed, adding that, “At least I know China tried!” That was the most recent breakup.

On Saturday, though, reconciliation was the order of the day. Newsweek on line reported that a U.S.-China “consensus statement” had been issued in Beijing. “Both sides reaffirm that they will strive for the complete, verifiable, and irreversible denuclearization of the Korean Peninsula,” it read, in part. Was Chinese President Xi feeling jilted, thus the declaration of unity?

Meanwhile, the “third wheel” in all of this, North Korean “supreme leader” Kim Jong-un, made his own declaration, betraying a foul mood. “DPRK is truly a nuclear power and we are ready to take down those that do nothing but make nuclear threats using their nuclear deterrence,” he said via spokesman. A sprinkling of unpredictability can heighten a romance, though.

Probably a principal problem in the China-U.S. relationship is that each is thinking about itself and its own best interests too much of the time. So, the relationship really only exists when they both happen to want something from the other at the same time. No wonder it’s a troubled couple. Altruism isn’t high up on the list for these two.

At least the saber-rattling has quieted on the U.S. side. Kim has a one-track mind when it comes to that department, though. The missiles keep flying off the Korean peninsula and into the Sea of Japan, like clockwork. North Korea well knows that to be ignored means to perish in the lowest poverty, and the “missile tests” work in getting the world’s attention.

At this rate, little is likely to change policy-wise or action-wise in any of the three nations. China, despite its declaration of cooperation, has few incentives for getting more involved. With the U.S. fading in status and ranking worldwide, China rises as the most prosperous and promising country of this trio. Hardly a day goes by without remarkable growth in some sector of its economy. Its people have rarely ever had so little to complain about.

The United States might have one more unwelcome surprise for China, however. A list of proposed “secondary sanctions,” if imposed, would penalize Chinese banks that do business with North Korea. If the U.S. wants out of the relationship again at some point, that would be the most likely way to do it. If jealousy of China’s success takes root, the U.S. might impose the secondary sanctions simply out of spite.

My upcoming novel, ULTIMATE ERROR, is about political and industrial brinkmanship. How close to the catastrophe line are we on any given day? When we cross it, will it be too late? When the chain of events is set off, humankind will be put to the ULTIMATE test.