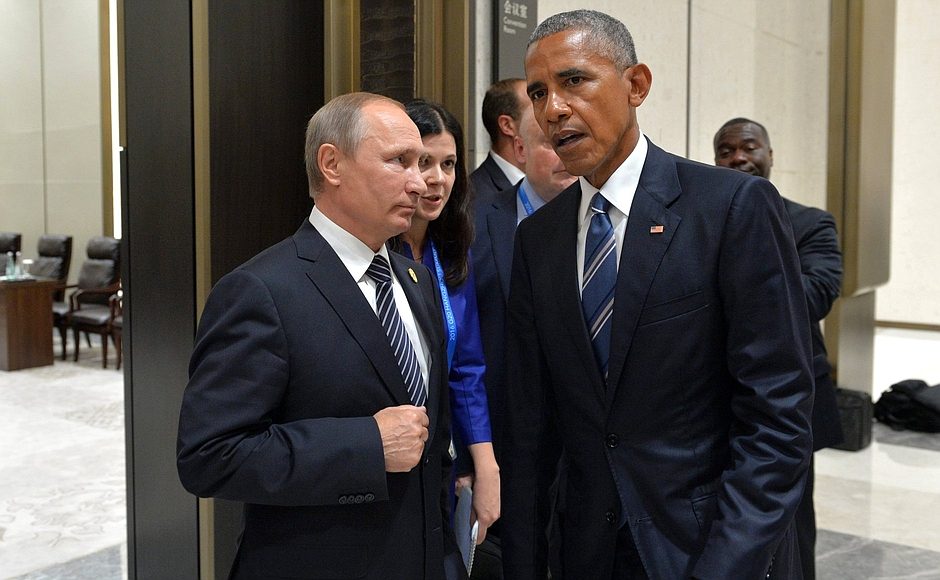 At a meeting of the G20 organization of nations held in Hangzhou, China over the weekend, both the United States and the host country announced ratification of the Paris accord on climate change.

To put the importance of these developments into perspective, the 23 nations which previously ratified the December 2015 agreement account for less than one percent of the world’s carbon emissions. The two superpowers together account for 40 percent.

The accord becomes international law at the point when at least 55 nations have ratified. Notable among those who have not yet promised to abide by the agreement are Russia, India, Brazil, and the United Kingdom.

The news comes not a minute too soon and on the heels of 15 months of highest-ever-recorded, monthly mean atmospheric temperatures. July 2016 was the hottest month on record. The U.S. has recently seen historic flooding in Louisiana, the persistent Hurricane and Tropical Storm Hermine, and harmful algal blooms in 20 states, to name only a few disasters – all closely tied to global warming.

China, with its rapidly growing economy, meanwhile, faces the harsh reality of a withdrawal from its beloved coal-powered industries. Little short of a complete ban on coal in the nation of 1.36 billion people will allow the rest of the world to meet the Paris goal of holding global average temperatures to no more than two degrees Celsius above pre-industrial averages.

The September 3, 2016 commitments by the United States and China ought to serve as encouragement for many more nations to get on board, while providing anchorage for the historic Paris compact and its provisions. Nations that pollute far less will no longer be able to point to the top two as an excuse for their own reluctance to ratify the pact.

In any case, there’s hardly time for politicking when the tolls of global warming are already being taken. Yet, as recently as last year, the respected business journal Forbes featured an opinion piece by an author denying the diminution of glacial ice. A few months later, scientists in the field declared that so much ice is melting off Greenland, that the cold water running into the sea is affecting seasonal currents.

The same author referred to global warming activists as “alarmists.” I believe that even the term “activist” is now antiquated. Anyone on Earth who wants to continue living and preserve the planet for their progeny ought to be considered simply a reasonable person, not an “activist.”

Just as a fever in a human being is a sign of illness, so is global warming a sign of illness in the Earth. Though “stakeholders” in myriad interest groups wish it were not so, it is indeed that simple. We have caused the sickness of our planet, and we must NOW provide the remedies.

My upcoming novel, ULTIMATE ERROR, is about the point of no return that everyday seems to rush faster at humankind. Will we succeed in slowing it down in time for our own survival?