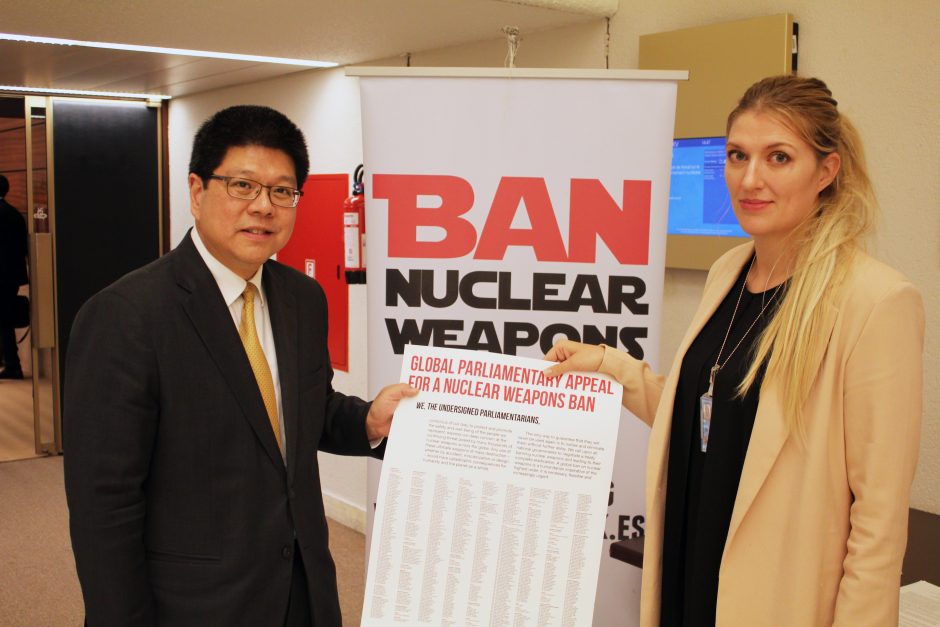 Veto power, ensuring that the most powerful countries in the world aren’t “pushed around” by hundreds of less-powerful neighboring nations, was a prerequisite by the United States, China, Russia, and others for their participation in the United Nations.

I find it fascinating to observe the other nations of Earth celebrating in earnest about an agreement that’s effectively meaningless to the countries of which it would require the most change. One of the leading proponents of the treaty, Costa Rica—a nation less than 2,000 miles away from the U.S. border—abolished its entire military in 1948. Could we, in the Unites States, actually learn something from a Central American country of 4.5 million people?

Well, somewhere along the line, massive political might became as American as apple pie. Did it occur relatively instantly on a day like December 7th, 1941, with Japan’s “dastardly” and devastating attack on Pearl Harbor? Until September 11th, 2001, our country never felt as vulnerable again.

But 20 years after the attacks on Pearl Harbor, a great military man and venerable president of the United States, Dwight D. Eisenhower, warned America of the danger of what he termed the “military-industrial complex.” The citizens of our great nation, he said, must be ever vigilant of collusion between the government and the manufacturers of armaments and munitions delivery systems.

Let’s remember, this was a soldier, a Republican, and a president of the United States talking! In contrast, large swaths of America now consider it unpatriotic to question at all military spending in the hundreds of billions of dollars. It’s our beloved and flawed nation telling Dwight D. Eisenhower that he knew not of what he spoke. As with the warnings of Dr. King, John F. Kennedy and hundreds of other great Americans, we ignore them at our own peril.

Now, hundreds of countries in the U.N. have agreed to ban nuclear weapons altogether. The U.S. has already said they will ignore any such treaty and will consider itself non-subject to any international law that would be included in it. Russia and China have responded similarly.

So, it’s clear that the status quo nations are the ones with all the nuclear weapons. It’s another complex cleavage of the haves from the have nots. When all the chest-pounding and cheering subsides, we should note that everything in the world is interconnected and isolationism has never been successful.

Perhaps we should at least agree that we live on the same planet and that the concerns of 122 countries are cause for concerns for all, without exception.

My upcoming novel, ULTIMATE ERROR, is about our daily walk on the line between safety and catastrophe. When government regulations work, there’s little drama—nothing happens. The drama, what makes for good television, comes with “accidents”—on oil drilling platforms and in pipelines, to name a couple. But as long as the local gas station is open for business, we don’t worry much over it.