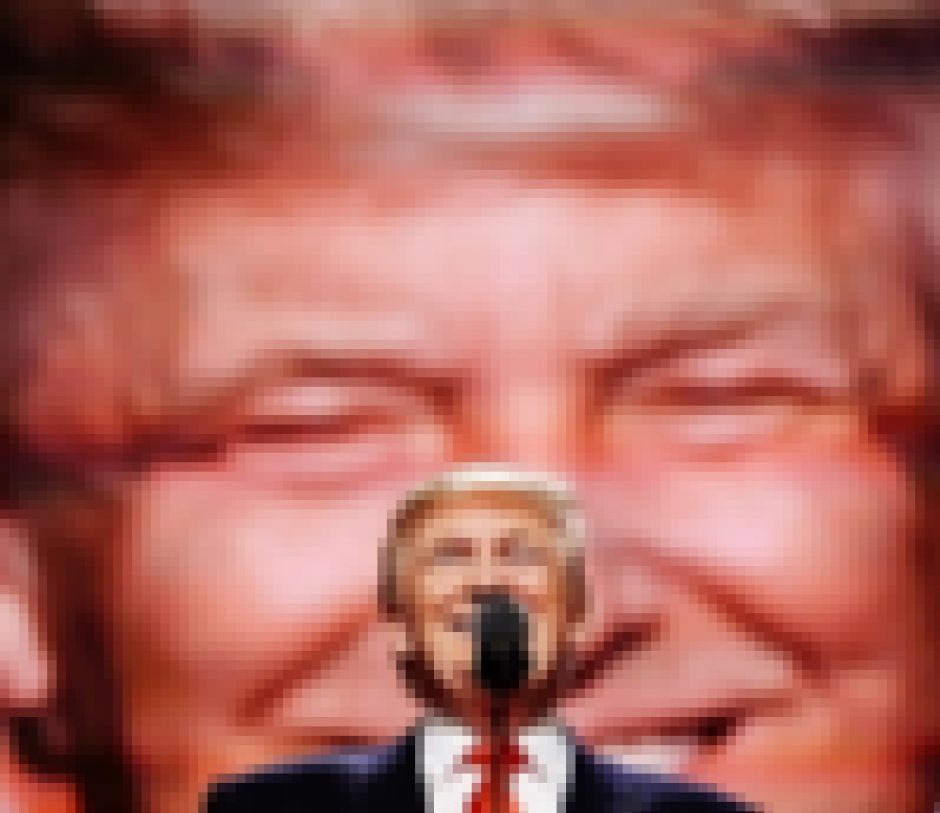 “Fire and fury like the world has never seen before.” That was a threat to North Korea by the president of the United States a couple of weeks ago. Does that mean napalm and flame-throwers more devastating than in Vietnam? Bombing more intense than in Hiroshima and Nagasaki? Or are we, the people, supposed to give the president the benefit of doubt? Again.

That is, benefit of doubt that he means something else. Something remotely sensible other than what his statement clearly means on its face. It’s apparently in the job description of every advisor and mouthpiece in the White House to constantly say, “He didn’t mean that…” At day’s end, this president has brought doubt and obfuscation through his statements, and that’s what he does: constantly hides behind the ever wider and taller gray wall he builds with his words.

We regularly see footage from North Korea wherein Kim’s military cronies applaud each of his words and laugh heartily at even his mildest jests. We’d like to think the cronyism in the top levels of U.S. government isn’t as bad, but isn’t it bad enough? That there’s even a comparison to be made is a source of embarrassment to those of us who appreciate our democracy and the dignity of the Oval Office.

So, our chief executive doesn’t think twice about lowering the office of the president to the level of Pyongyang’s office of the supreme leader. Careless, immature threats are traded westward and eastward without a hint of statesmanship, and the American people suffer the consequences of diminished standing internationally.

Kim Jong-un can’t possibly really believe his impoverished nation would benefit from bombing Guam. Nor does the U.S. president take it as a credible threat. Yet, he’d rather Americans believe that Kim is for real, because (of course) he knows the oldest trick in the book is distraction. Turn the people’s attention away from domestic problems and towards foreign “threats”—any kind, real or imagined, will do, it seems.

The fiction of it all astounds! North Koreans, for their part, believe the fairy tales of “supreme” leadership flowing genetically from one generation to the next. Americans believe the fantasy of a self-made billionaire who “speaks his mind” being a strong, effective leader, mostly because he has said so himself on television.

Indeed, that’s the common denominator in the United States. The belief in, and even allegiance to, anything and everything that might happen to appear on our television screens on any of 500 channels, 24/7, 365 days a year. Whether that be streams of weddings where the bridal gowns replace the grooms, a rich Armenian family ostensibly “on display” every day, or the exhortations of a fake reality-show host who wants to be your next president.

My upcoming novel, ULTIMATE ERROR, is about the shortcomings of our republic in the face of a widespread disaster. What happens when irresponsible government meets irresponsible, dangerous corporations? The checks and balances of our democracy lie ULTIMATELY with the people.