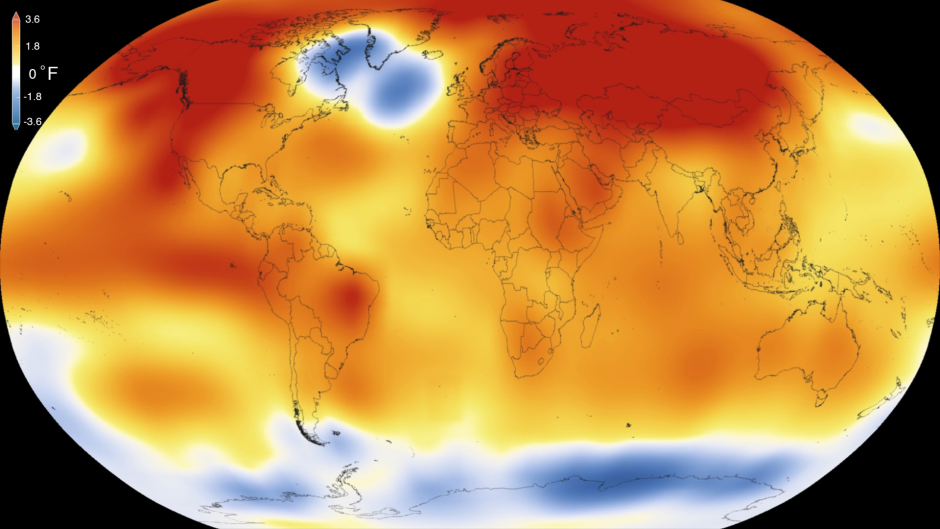 We are faced with the fact,

my friends, that tomorrow is today.

Over the bleached bones and jumbled residues

of numerous civilizations are written

the pathetic words “Too Late.”

A headline about the recent, historic Louisiana floods surprised me today. It wasn’t that the information was untrue or misleading, but that it was so obvious. “Bill Nye: Louisiana Floods Due To Climate Change.” Why is that a headline? How can that be news to anyone?

The popular, excellent scientist Bill Nye, in his wisdom, did not assume that everyone would make the connection between the record flooding in the Pelican State and the record high temperatures from global warming.

He added that, at least in the near future, the disastrous weather would only worsen. “As the ocean gets warmer, which it is getting, it expands,” Nye told WSVB Boston. “And then as the sea surface is warmer, more water evaporates. And so it’s very reasonable that these storms are connected to these big effects.”

The words “Common Sense” come to brilliant life on a lighted marquis when one simply looks back a couple of weeks to the NASA Goddard Institute for Space Studies’ announcement that July 2016 was the Earth’s warmest month in recorded history. What will it take to speed the efforts of lawmakers and leaders to enact decisive, effective remedies? We’re already past the point where individuals using the recycling bin can turn back the tide.

The flooding in and around Baton Rouge last week claimed 13 lives to-date and displaced over 11,000 people. Nearly a quarter of a million children have been unable to attend school since August 12th. President Barack Obama and the Federal Emergency Management Agency (FEMA) have declared 20 Louisiana parishes federal disaster zones.

Yet, as reported in the Atlantic, national news media largely ignored the historic flooding until four days later. The magazine attributed this to extensive coverage of the Olympic Games, the presidential election and, most shamefully, to the fact that, not being an official tropical storm, the deluge was not named.

I’m writing ULTIMATE ERROR, not as a harbinger of doom, but as a challenge to humankind. The most basic element of the challenge is for us to be good listeners and good learners. We must listen to what the Earth is trying to tell us. We love Bill Nye, but we want to get to the point where we don’t need anyone to point out that record flooding is caused by record temperatures. To continue like this is to progress too slowly. Too slowly to save ourselves from this fevered world.

We ought to also remember what – or better yet, who – made our planet sick to begin with. Greenhouse gases and other factors caused by human activity are now widely recognized as the primary catalyst for global warming. Only the greediest and most selfish among us would shirk their responsibility to halt and reverse climate change for future generations.

My upcoming novel, ULTIMATE ERROR, is about worldwide catastrophe born of human arrogance and greed. Every day, we exist but a degree or two (literally, perhaps) from self-annihilation.