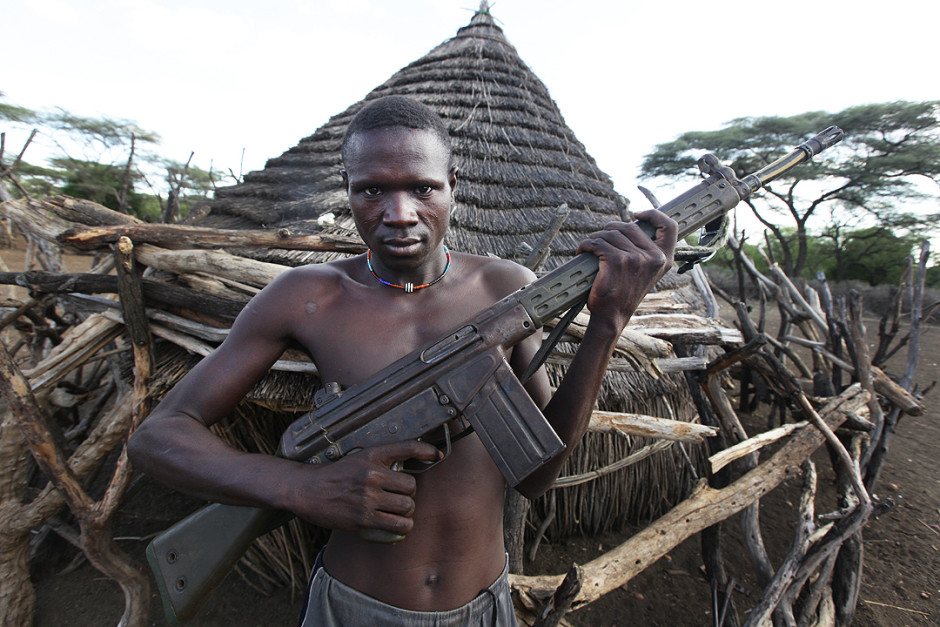 Governments in South Sudan and North Korea focus on weapons and killing, while everyday citizens starve to death

A popular rally cry these days is, “America shouldn’t be the world’s police force” and, while there’s some common sense in that, there is a price to be paid for enlightenment.

Little of any significance (and NOTHING insignificant) escapes the attention of the myriad media outlets today. So, we know that famines are encroaching steadily upon innocent populations in militarized places like South Sudan and North Korea. I cannot accept any assertion that our knowledge of these tragedies is, in and of itself, a bad thing. “Out of sight, out of mind” and “What you don’t know won’t hurt you” simply cannot (and do not) apply to the mass starvation of fellow human beings – whoever and wherever they may be.

Today, in war-ravaged South Sudan and psychopathically governed North Korea, despots have their every whim catered to, the soldiers and guerillas are well-paid, and the everyday people are starving as they look ahead to conditions, by all accounts, worsening.

A headline in February on Times Live, a news site out of South Africa, read “40,000 Starving to Death as South Sudan Teeters Toward Famine: UN.” Worse yet, according to the publication, food and medical assistance are purposely being blockaded by the belligerents. Certainly, their actions can now be added to the ongoing list of alleged atrocities and war crimes in the South Sudanese civil war. To further illustrate the grim situation there, reports confirm that food-security experts have not been able to access key areas of the east-central African nation, even to assess whether a famine can already be declared.

Meanwhile, international media outlets have been covering developments in North Korea, especially after the delusional, nepotistic despot Kim Jong-un attempted to put a sick poetic spin on his declaration that the country is headed for another famine. “We may have to go on an arduous march, a time when we will again have to eat the roots of grass,” said Kim through a stooge at the ruling party’s official newspaper.

The thinly veiled reference to another imminent North Korean famine, akin to the one in the 1990’s, when Kim’s father was at the country’s helm, comes after two particularly “sunny” declarations by Pyongyang, the Los Angeles Times points out.

During his first public speech as leader in 2012, Kim promised the people that they “never have to tighten their belts again.” That promise went straight into the dumpster, but Kim still maintained at a New Year’s 2016 speech that the dirt-poor country was entering a “golden age” and would soon be a “thriving nation.” Three months later, that’s in the dumpster, as well.

It seems that the power-mad “leaders” and their warring armies are trying to do everything possible to starve their own people. We ought to let that thought sink in a little bit.

These atrocities against humanity are in direct defiance of the passionate pleas Dr. Martin Luther King made to his own beloved nation over 50 years ago: “I knew that America would never invest the necessary funds or energies in rehabilitation of its poor so long as adventures like Vietnam continued to draw men and skills and money like some demonic, destructive suction tube. So I was increasingly compelled to see the war as an enemy of the poor and to attack it as such.”

My upcoming novel, ULTIMATE ERROR, exposes the many ways, including war and famine, in which we humans straddle the thin line between survival and annihilation.