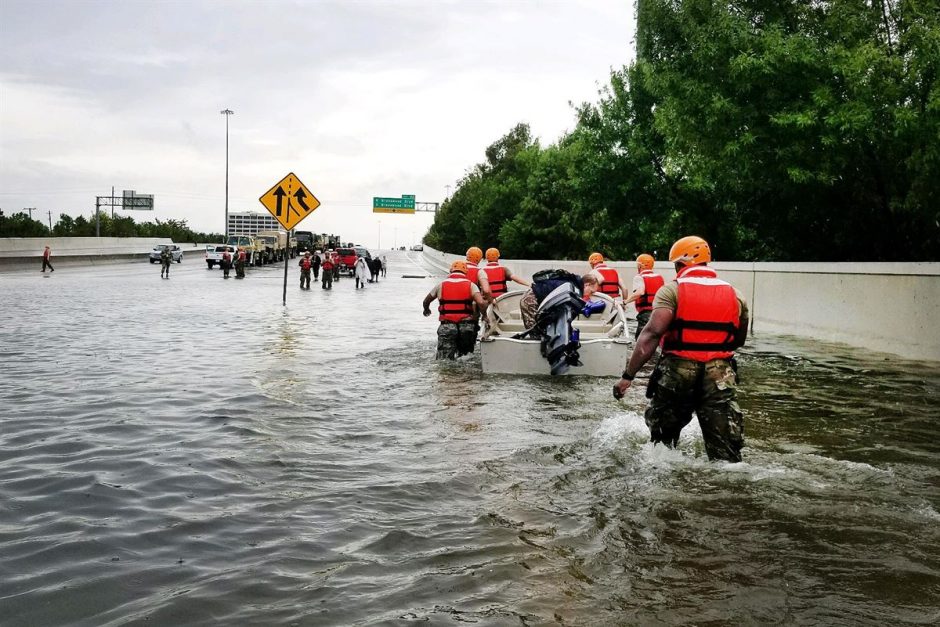 Difficult to ignore the apparent karmic message from Mother Nature

It’s tough to admit it, but we must: We—the burners of fossil fuels like those processed on Texas’ refinery row—caused the record-setting floods and suffering of the Texan people. Simply put, hotter weather makes bigger, stronger, wetter hurricanes.

Part of the “call to action” to heroically “get Houston back on its feet” after Hurricane Harvey is motivated by subconscious guilt, and if it’s not, it ought to be. We go through tankers of gasoline in the U.S. as if it was safe as water, and water—too much water—is what we’ve gotten in return. Nature loves cycles.

A nation in love with burning toxic fuels—wanting a bigger truck than the neighbors is more than enough reason here—must acknowledge and understand that these record floods are merely a drop in the bucket of what lies ahead if we don’t substantially change our priorities. As I’ve said many times before, smart cultures listen to what Mother Nature is saying. What is she telling us, in the U.S., by way of these harrowing floods?

Well, the message isn’t new, but the language is clearer than ever: Look at the refinery towns under water. See the connection. Think of the burning greenhouse gases and think of these floods. Think of them made three, five, 10 times worse by the corresponding number of years of status quo in fossil fuel production and consumption.

America (and much of the rest of the world, too) is a place where money can buy time for corporations who wish to continue doing business long after it’s discovered that their product or service kills human beings. Tobacco, lead, petroleum.

Ironically, many on national television repeat phrases like “Mother Nature’s unpredictability” and “act of God.” The endless reports of “people helping out neighbors” and so forth also assume that there’s no blame to be assigned. In effect, it’s a free, automatic PR machine for the oil and coal industries. A convenient distraction from the causes and effects.

Where are the Exxon Mobil and BP trucks that could be distributing water, food, and emergency supplies to the area? The oil corporations, with hands in making the storm worse, are literally phoning it in. Donations of tens of millions to relief organizations. “Fine members of the community” is how they’re regarded by most. “Least they could do,” others might say.

My upcoming novel, ULTIMATE ERROR, is about the widespread power available to corporations with access to assets in the trillions of dollars. When Big Oil wants to do something, who’s there to tell them No, if that’s what needed for public safety and the public good? Federal agencies? Agencies are comprised of people—corruptible people. Unfortunately, we feel protected more than we actually are.