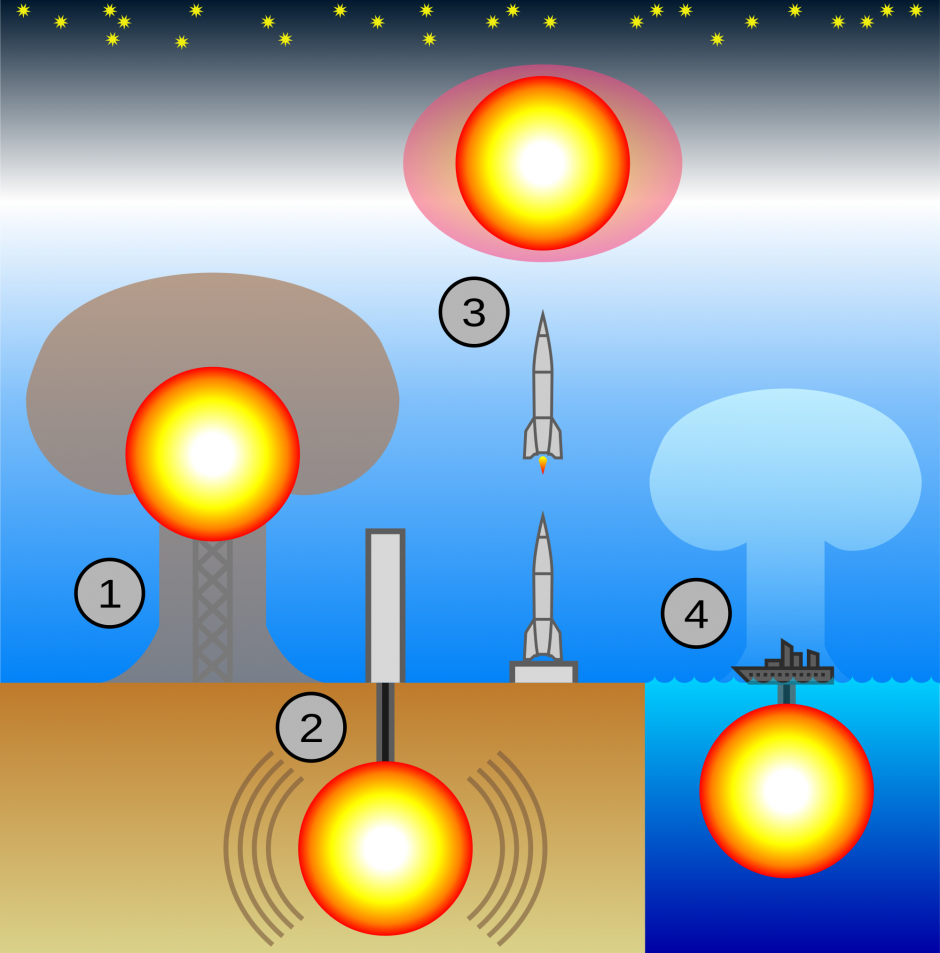 Did a major candidate for the presidency accidentally give away his true, secret allegiance? “Follow the money” is a favorite rule of thumb among detectives, but it doesn’t take a professional investigator to see this one coming.

The candidate in question has embarked on a pattern of statements criticizing America’s defensive capabilities, especially as compared to Russia’s. Who are the “dogs” for whom this (slightly faulty) dog whistle is intended? How about the military industrial complex? You can almost hear them licking their chops!

To be fair, following the money of the other major candidate leads to major corporations and especially Wall Street. It’s a disturbing fact that both sides are playing to institutions where a billion dollars is only spare change. However, only one side is promoting growth in terms of nuclear proliferation.

A retired Air Force lieutenant colonel wrote recently about the distortions coming from the candidate for increased military spending. Familiar with the U.S. nuclear arsenal, he asks the pertinent question of how many warheads and missiles are necessary as a deterrent to their use. We have (and Russia has) way more than enough.

Nevertheless, we have a candidate insisting that it’s a mistake to “fall behind” on nuclear to the Russians. He would spend billions, apparently, merely to keep up with the Joneses. Besides the financial toll, of course, there’s the increased danger of catastrophic error when the number of nuclear weapons increases.

The very same candidate has been widely criticized for a temperament unsuitable for possession of the nuclear codes. Everywhere you look there’s another irresponsible promise being made in the name of gaining a few votes from the uninformed or the easily manipulated.

Both major candidates should stop pandering to the lower tendencies of their constituencies. Both should honestly discuss with the nation they wish to lead:

These are realistic, responsible initiatives which, while perhaps not as viscerally stirring as some being proposed on the campaign trails, lead to an informed and prepared citizenry. As Americans, we mustn’t take our eyes off the ball. Politicians are experts at distraction. Think of all the bluster in the legislatures about relatively petty matters in the day leading up to September 11th, 2001. Wrangling over embryonic stem cell research. The U.S. effort to break up Microsoft.

The suggestion that the United States should enter into a new arms race with Russia serves only one purpose: to fan the flames of misplaced anger and discontent in a hurting nation.

My upcoming novel, ULTIMATE ERROR, is about crossing the imaginary line between saber-rattling and self-annihilation. When does “just trying to make a buck” become so irresponsible that life on Earth becomes untenable?