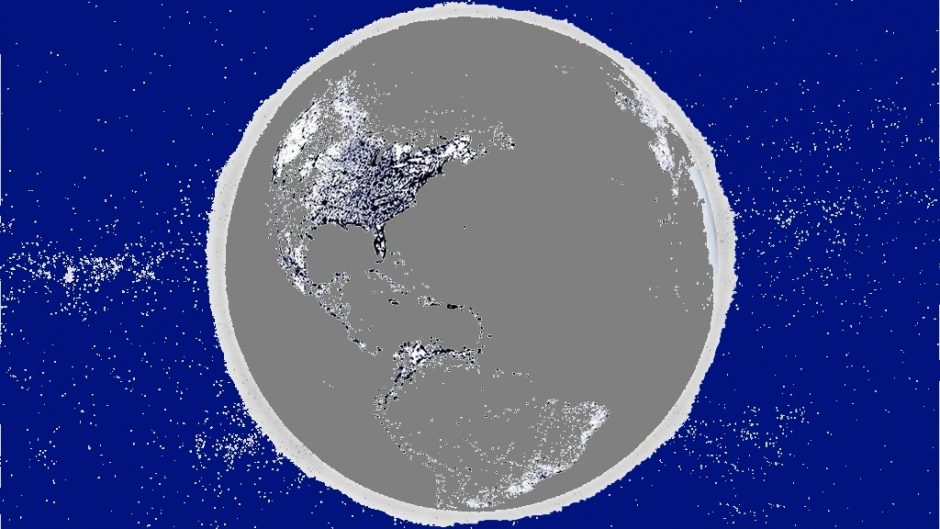 Aboard the International Space Station, an eerie quiet and a wholly unexpected perspective

In the opinion of some of the most talented scientists ever gathered, there were now more living human beings in their midst, in space, on this space station, than anywhere else in the galaxy. There were six aboard. On Earth, perhaps half that.

The astronauts and cosmonauts knew not what to say to each other. What could be said? But bitterness and anger swelled within each to varying degrees. On their formerly brilliant blue planet, now only the flies thrived. As men and women of science, they knew the insects had no other intention but to survive. They were incapable of anything more. Yet they were ugly. In their vast clouds, they seemed to mock humanity, and the spacemen in particular.

The great blue marble they had heretofore admired—loved—from space and from terra firma was now but a steaming pile of ashen muck. Soon, even the flies will have died. Were the space travelers lucky enough to have avoided that fate, or were they unlucky enough to have lived to see it?

As these and other questions troubled the scientists, they found it difficult to express themselves. All familiar contexts seem to have vanished along with all their families, friends, and colleagues. They felt an almost overwhelming compulsion to scream. When a cosmonaut finally gave in and screamed, it was of great relief to all. One followed the other in tearful screaming angst.

These sounds, their solos and choruses mourning Mother Nature’s death and their aghast cries of helplessness were among the most honest sounds ever heard. Like the cooing of an infant. An arpeggio by Bach. A lover’s moan. The peal of a church bell. A laugh at oneself.

Then it was quiet again, and the internal cacophony of breaking hearts and twisting viscera decrescendoed to a low hum. Universal grace yet lived.

Moving through space at 17 thousand miles per hour, the crew members could now speak to each other. The ice had been broken by blood-curdling screams that would play second-fiddle to nothing. Now, someone muttered a four-letter word. Someone else blessed the utterance with another, and it was not “amen.” They were soon an expletive choir, at once crying and laughing. In this song, they were more wholesome than the combined membership of every tabernacle choir that ever did warble a sanctimonious note. Not because I say so, but because the infinite power of good in the universe commanded it so.

This was the final chapter in the beautiful, strange, and warring history of humankind. This was how it ended. In outer space, six of the greatest of us, floating suspended like an epilogue, bided whatever time they had left. Months, not years, to be lived as no others had before. As human beings without a living planet to call home.

My new novel, ULTIMATE ERROR, is about the latter-day mistakes of humankind, and the final consequences thereof.