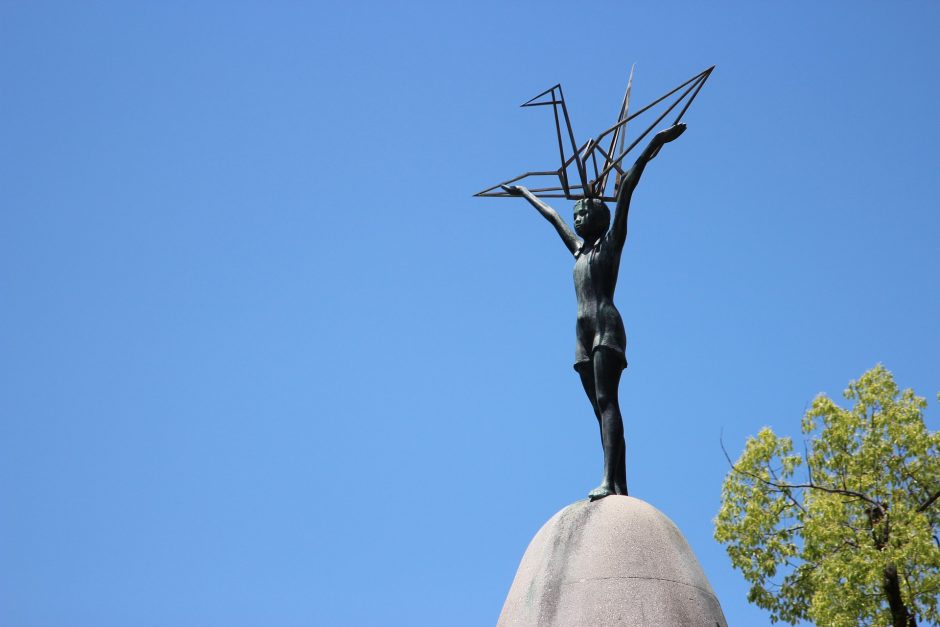 I was very moved by the recent statements of two Japanese government officials in the run-up to President Obama’s visit. It wasn’t only what they said, but who they represent. The statements were made by the mayors of Hiroshima and Nagasaki.

The president is scheduled to speak publicly in Hiroshima on Friday, ending the 71-year absence of American presidents in the historic city. “The mayors of the two cities destroyed by atomic bombs in the final days of World War II hope U.S. President Barack Obama’s visit to Hiroshima on Friday will be a ‘new step’ toward realizing a world free of nuclear weapons,” the Japan Times reported. In separate appearances, the mayors also acknowledged achieving that goal won’t be an overnight matter.

Most touching are the mayors’ efforts in amplifying the bombing survivors’ voices. Those who weren’t killed, known as hibakusha, by the only nuclear attacks in history don’t want anyone else to suffer as they did. “The pair are hoping that Obama will take time to meet with hibakusha and listen to their stories during his short stay. [Hiroshima’s mayor] said such a meeting would ‘deliver a stronger message to the world than any written words’,” according to the Times. The President of the United States will not visit Nagasaki on this tour.

Meanwhile, columnist Thomas L. Friedman of the New York Times expressed Tuesday that he believes direct talks between presidential candidate Donald J. Trump and North Korean leader Kim Jong-un would end in a nuclear war. Sure, one could brush that off as sheer conjecture, but consider just how close Mr. Trump has already come to the highest elected office in the land. Think of Kim and Trump, each a “fortunate son” from a privileged family, each blustery and hotheaded, and each with fingers on the “LAUNCH” buttons.

So, we see this terrific contrast between the hibakusha who, somehow, came out alive from under the mushroom clouds in 1945, telling the world they don’t want nuclear weapons anywhere, and the Kims and Trumps of the world, with ever escalating rhetoric and, apparently, the willingness to expand nuclear stockpiles. In this context, Mr. Friedman’s concern seems justified indeed.

Whose calls will we heed? History says it likely will be voices somewhere in between. Yet the possibility exists, as history also shows, that personalities with extreme agendas will gain access to dreadful weapons of destruction. In hindsight, it’s clear Mussolini and Hitler were buffoons of the first order. Yet, through the manipulation of their weak-minded populations, they were able to become commanders-in-chief and murder millions.

Let’s hope that those such as the mayors of Hiroshima and Nagasaki and the hibakusha whom they champion will continue to be heard, by President Obama, his successors, and the people of our country.

My upcoming novel, ULTIMATE ERROR, is about the edge of destruction – the line which, when crossed accidentally or on purpose, means the end of mankind.