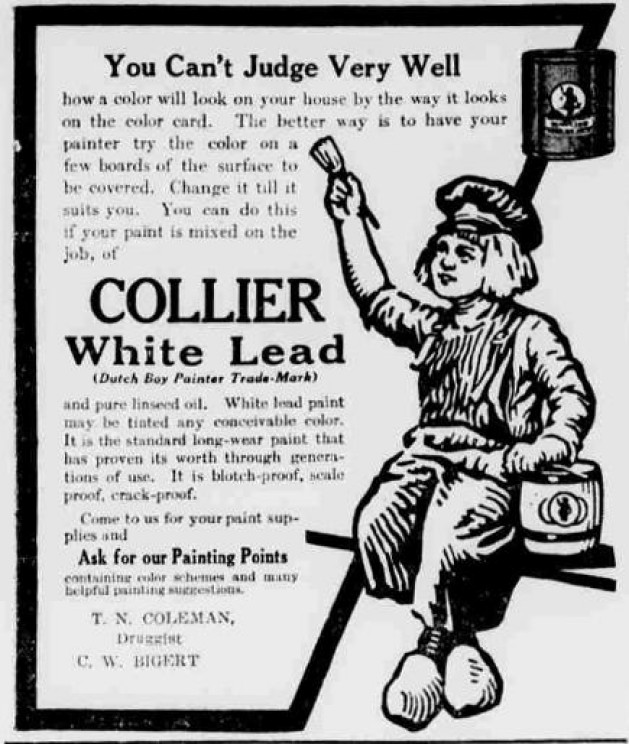 As rightfully ridiculed by comedian John Oliver on HBO’s “Last Week Tonight,” while much of Europe was banning the use of lead in the 1920s, Americans were deciding to put it “pretty much everywhere!” What certainly is not a laughing matter is the toll lead poisoning has taken on American children and, by extension, the well-being of our country from then on.

On an even larger scale, it’s important to understand that the lead problem in the U.S. was never an inevitable natural disaster. It was a mistake. Not an innocent mistake, but a greedy, negligent, monumental error. Though nationalist factions stand ever ready to wave an American flag at these things, insisting on making it (and everything else) a “with us or against us” issue, the truth is that we do make serious errors and we have systems in place that facilitate our continuing to make them.

Nearly a century after the European lead ban, a town in the United States (Flint, Michigan) has been poisoned by the metal leeching from service lines into the water supply. This, because of a remarkable lack of foresight and oversight from nearly a dozen agencies from the local to federal level. Apparently, the governor of Michigan and some of his aides felt the water in Flint was too good for its majority low-income population, so they ordered the town to switch to river water, which was completely incompatible with the pipes that would carry it into the homes of unwitting citizens.

So, as we look at present-day disasters like the Flint is experiencing, we’d do well to acknowledge America’s history (perhaps no worse than any other nation’s history) with catastrophic error.

The biggest one was the adoption of slavery here. When we subjected an entire race of people to countless horrors and indignities right here on our land, we commenced a series of disastrous decisions and actions the consequences of which we still grapple with today.

The related secession and formation of the Confederate States led to the deadliest war in American history. The seceding states felt that the Union was impinging on the greatness of the South, and that they had suffered indignities unbecoming of the White man. A terrible idea that some might say possesses a resonance with certain political camps in 2016.

From slavery to the secession and Civil War to the lead poisoning of American children, we see not only grave errors, but errors which continued unabated for decades! So, the key question is: “What mistakes are we so attached to prolonging that, when we will look back one day, we will wonder why we didn’t stop sooner?” Global warming? Water security? Corruption at all levels of government?

“We are now faced with the fact, my friends, that tomorrow is today. We are confronted with the fierce urgency of now. In this unfolding conundrum of life and history there is such a thing as being too late. Procrastination is still the thief of time. Life often leaves us standing bare, naked, and dejected with a lost opportunity. The ‘tide in the affairs of men’ does not remain at the flood; it ebbs. We may cry out desperately for time to pause in her passage, but time is deaf to every plea and rushes on. Over the bleached bones and jumbled residue of numerous civilizations are written the pathetic words: ‘Too late.’”

My upcoming novel, ULTIMATE ERROR, is about the myriad existential mistakes we make daily and about the final mistake we could make on any given day.