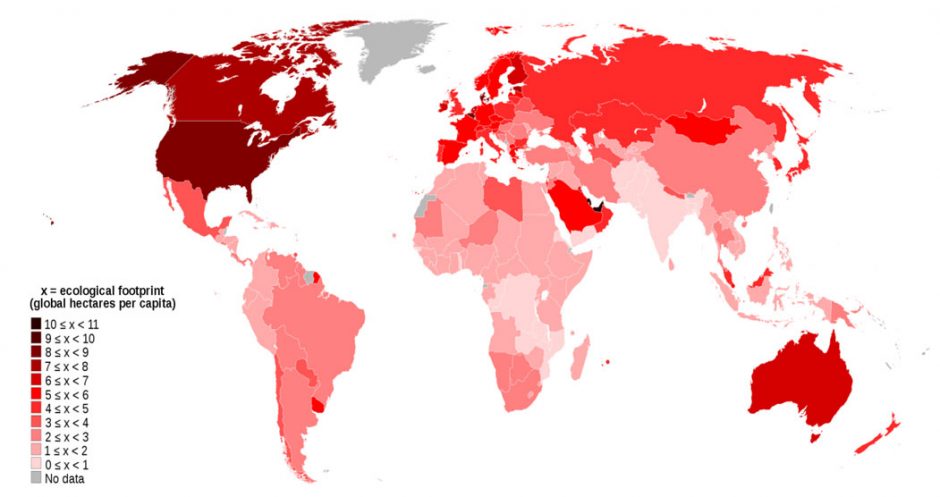 Fifty years is a nearly negligible amount in the over 4.5 billion-year history of Earth. Yet some conservation-minded scientists are now reporting that, from 1970 to 2020—the blink of an eye, in the big picture—the world will have lost two-thirds of its wild vertebrate population. Even more alarming are the ecosystem collapses which would accompany such a drastic decline in wildlife.

There’s no escape for humankind in such a scenario. As you may have already imagined, much of the depopulation has been caused by humans. Anyone feeling honored that scientists want to reclassify the period which began in 1760, with the Industrial Revolution and continues indefinitely, as the “Anthropocene” epoch should reconsider. It marks the “domination by man” on the planet mostly in terms of our destruction of it.

According to National Geographic, there’s a faction of the scientific community which holds that the two-thirds wildlife depopulation report is “overblown and misleading.” Who are these naysayers, exactly?

Turns out a couple of them are National Geographic’s own. The article linked above cites two NG conservation scientists who say it’s irresponsible to take data from all over the world and mix it up “in a blender.” The report, called the “Living Planet Index” and issued by the World Wildlife Fund, may be more about grabbing headlines and raising money, the NG scientists say.

Also noteworthy is that the losses we’ve already incurred are not yet irreversible—at least in theory. The problem is that the overarching pattern of the Anthropocene is the human substitution of stewardship with rapaciousness.

An immediate reversal of our standard operating procedures in land use, for example, is crucial. Particularly in agriculture, forestry, and development. Overfishing and invasive species must be banned and remedied right away. Fossil fuels and other wholesale pollutants which accelerate global warming should have been outlawed a decade ago.

It seems that many—especially those people whose bank accounts have for years been benefitting from selfish, irresponsible exploitation of the Earth—can’t seem to fathom that there will be no life on Earth, for their children and grandchildren (and ours), if these industries continue at all as they have been. Is it too big a concept? Is it convenient denial? Selfishness to the point of murder?

This is the Great Reality Check of the ages. To the logging industry, your product is renewable! Will you not adjust your practices so that it’s sustainable… life on Earth, I mean? To consumers, will you not pay a little more to use products that preserve worldwide habitats, including your own? To those in the oil industry, wasn’t it a great run, financially? I mean nothing lasts forever.

My upcoming novel, ULTIMATE ERROR, is about the mistakes that put all life on the edge of extinction. To clarify, an “oil spill” is not a mistake. It is a by-product of a larger ERROR in judgment: the continued use of, and trade in, fossil fuels. The fuel for the ERROR is, of course, money.