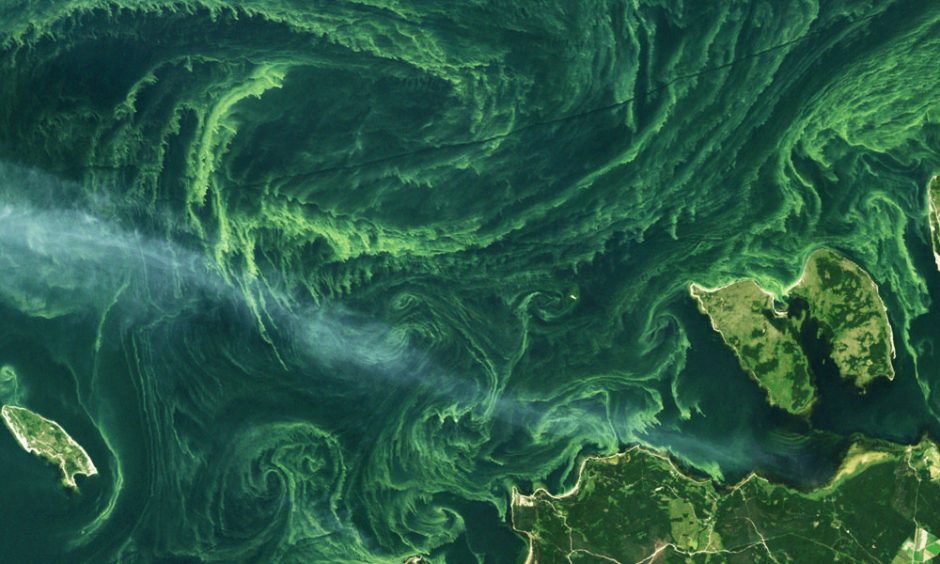 Systems, by definition, consist of interconnected parts. Oftentimes, when one part of the system fails, the entire system fails. This is also true with ecosystems, and that makes a headline which appeared on NPR.org Sunday that much more troubling. “Poisonous Algae Blooms Threaten People, Ecosystems Across U.S.,” it reads.

In part because of people, all the Earth is, in certain ways, one ecosystem. What, then, can we ascertain from a reliable source’s announcement that ecosystems from Florida to California are threatened? For those who continue to deny the urgency of the global warming problem, it’s a classic case of not seeing the forest for the trees.

Climate change, with its notorious droughts and floods, has been doubly harmful in creating these blooms. In California, record droughts have meant shallower lakes and streams and, as NPR points out, shallow water means warmer water. Algae thrive in the presence of higher water temperatures and in the presence of another factor in plentiful supply – fertilizer runoff from agriculture, golf courses, and residences.

Florida, whose tourism economy incorporates freshwater activities, has called upon the federal government for assistance in addressing the algae problem. So far, President Obama has denied the requests, citing Florida’s own available resources. The fact that Governor Rick Scott refused to take decisive action as the problem grew might also be influencing the president’s decision.

Twenty U.S. states now are reporting harmful algal blooms (HAB), including states not known for warm weather, like Utah. The blooms have even appeared in mountain streams. Though water treatment facilities monitor for toxins in drinking water, swimmers and boaters are most at risk in the short term. In the longer term, the harm to organisms in the ecosystems – including humans – though difficult to quantify, will be significant.

You might know by now that I’m a doctor of biology. I’ve studied ecosystems – freshwater, marine, and everything in-between. Anything – anything – that threatens bodies of water threatens all life on Earth. I don’t think I can say it any clearer than that.

I can assure you that most biologists, myself included, see these poisonous algae blooms of unprecedented size and toxicity as distressing news. I’m not trying to spread gloom and doom here, I only wish to be among the responsible voices calling again for immediate, serious, and strong remediation of the global warming threat – a threat, clearer now than ever, against the very existence of humankind. There’s yet time, but there’s no longer much.

My upcoming novel, ULTIMATE ERROR, is about the existential threats we, as human beings on Earth, face daily. We’ve pushed too far already. Only our own strenuous, ongoing remedies – along with good grace – can save us now.